There exists a class of chemical compounds naturally produced by fungi which are known to be carcinogenic, mutagenic, damaging to developing fetuses, and contaminate 25% of the world’s crops every year. They are called mycotoxins, and while their biological function in nature is unclear it is well established that they have serious detrimental effects in both animals and humans. A subgroup called aflatoxins can cause liver cancer and male reproductive problems and are often found in nuts, produce, and baked goods, according to a 2013 review by Sonia Marin et al. at the University of Lleida in Spain. Ochratoxins, another class of mycotoxins, cause cell death, hinder the body’s ability to build proteins, and is known to cause kidney damage in animals. Mycotoxins are also chemically stable enough to withstand high cooking heats, meaning it is critical to detect them before they enter the food supply.

Recently, scientists at Rutgers University, Lawrence Berkeley National Labs, and Northern Illinois University have begun to look into a new form of detection. They have started to use fluorescent crystals known as MOFs (metal organic frameworks) that emit more or less light depending on whether mycotoxins are present.

MOFs consist of identical, repeating units each made of a central metal atom surrounded by organic molecules. These units come together to form a repeating, crystalline structure. The particular crystal these scientists made is called Luminescent-MOF-241 (LMOF-241) because it naturally emits blue-green light when hit with UV radiation. It is made of zinc atoms bonded to organic ligands called BPDC and TPPE. The energy of UV light excites electrons in LMOF-241 into higher energy states than usual. When they relax and fall back to their original energy level, visible blue-green light is emitted.

The key to detection is that LMOF-241 has so-called “pores” — gaps between the organic ligands where mycotoxin molecules can enter the crystal. MOFs, in general, are highly porous, which makes them great candidates for detecting small molecules like mycotoxins. When even a low concentration of certain mycotoxins is mixed into a suspension of LMOF-241 the toxins interact with the crystal’s electrons in a way which causes the blue-green light to dim: a visible alert that toxins are present. They propose this happens because the electrons excited by UV light, rather than falling back to lower levels and emitting photons, are instead transferred to the toxin molecules. Thus, fewer photons are released and the light intensity decreases according to how much toxin is present.

Though the MOF was most sensitive to Aflatoxin B1 (AFB1), promising light-quenching results were also seen with AFB2, Ochratoxin A, and Aflatoxin G1. The researchers were even able to tell which toxin had been added to the LMOF based on the amount of dimming that occurred as well as shifts in the wavelength of emitted light.

Zhichao Hu and colleagues claim that products using light-emitting MOFs could someday be portable and fairly cheap. Both of these are important factors for bringing mycotoxin detection to parts of the world where formal laboratories might not be available for sample analysis. Furthermore, it has the potential to improve standards set for acceptable mycotoxin levels. Currently, the FDA regulates that beef cattle feed made from corn and peanuts can contain AFB1 at levels under 300 parts per billion – but LMOF-241 can detect this molecule all the way down to 46 ppb.

One common method used today to detect mycotoxins is the use of antibodies. Certain antibodies can latch onto certain toxins and are then detected by a color change. Other methods include chemical lab techniques, such as spectroscopy and chromatography. Each of these methods has their limitations, though, according to Laura Anfossi and other researchers at the University of Turin, Italy. For instance, antibodies are limited in that they are highly selective – in other words, they may not be able to detect as wide a variety of toxins as easily as LMOF-241. The drawbacks of laboratory techniques, on the other hand, are simply that they require a lab and can be fairly costly. Each technique offers its own appeals and downsides, and are each more appropriate in different situations. The new ideas and methods proposed by the researchers at Rutgers, Illinois and LBNL thus add to the list of options and offers a creative new solution to a problem that may not have a perfect answer. 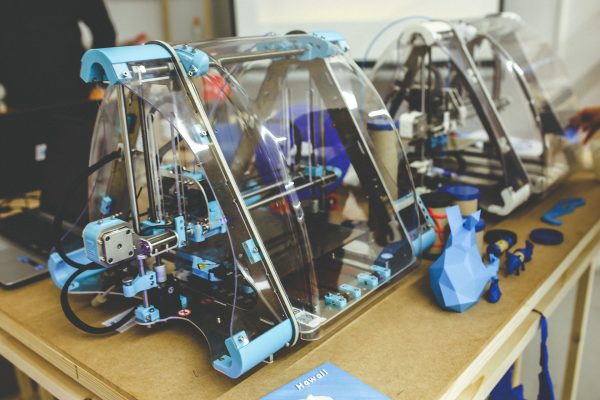