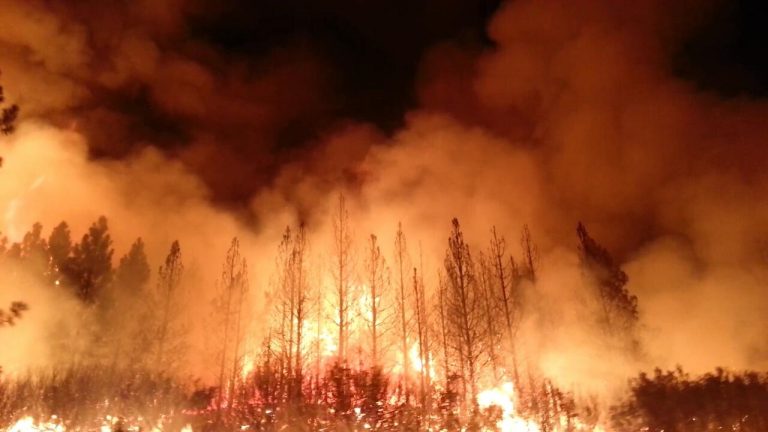 Red skies, gray flakes, and the smell of something burnt. This is the reality of the wildfire seasons that come around to California on a yearly basis, although to the average native Californian, wildfire season simply marks the beginning of Fall. Due to decreased rainfall and the persisting drought, California wildfires have gotten increasingly dangerous and common throughout the state. With yearly fires, the result is periodic low air quality. Thus this prompted the question of how exposure to wildfire-related pollution could be linked to an increase in atopic dermatitis. Researchers from UCSF, Barbara Grimes and Albert T.Young, and UCB, Nicholas P. Jewell, joined together to track down the suspected correlation between air pollution and changes in skin health. They conducted an examination between the short bursts of hazardous wildfire air and patient visits to dermatology clinics over a period of years located in the bay area.

Wildfires have been a public health issue since the 1930s, and with recent climate change issues, it has only gotten worse. California is prone to wildfires due to its dry vegetation and as stated before, the persisting drought. Despite many camps putting warning signs about leaving their campfires unattended, it is still one of the main causes for huge wildfires that blaze through huge forests. The consequences of such huge fires are felt throughout the state and even others by the rolling winds that push the soot and ash to the suburbs and neighboring areas — thus lowering the air quality, making it hard for people to go outside.

Many prior studies generally focused on the negative respiratory effects of the constant inhalation of ash and dry air that perpetuated the air following huge fires, but this study is the first of its kind to look at the relation to dermatology related effects. Dermatology is the study of the skin and its diseases, and it is a huge but complex field, as the skin is our largest organ. The study was a cross-sectional time-series that followed the flow of patients in a hospital based in San Francisco that was about 200 miles away from the wildfire site. Large wildfires have commonly occurred during recent years, compared to 5-10 years ago. So the researchers compared the influx of patients to this clinic between the months of October through February, compiling data found in 2015-2016 and 2018-2019.

The researchers tracked the increasing levels of fine particulate matter (PM2.5) and polycyclic aromatic hydrocarbons (PAHs) that result from the air pollution following wildfires. These pollutants are irritants to both normal and eczema-prone skin, so it becomes increasingly necessary to cover up. Because of their minute size, the pollutants contribute to dermatitis by seeping through the skin barrier with aversive chemicals attached to the PM2.5, triggering inflammation. It overall leads to the weakening of the skin barrier. People with pre-existing skin conditions (e.g. dermatitis) are prone to flare ups in response to irritants such as the ones mentioned above; however, even people without pre-existing skin conditions can succumb to the same symptoms.

They recorded the number of adults and children that came into the clinic for visits before, during, and after the duration of the fire and compared the rates of visits for AD and itch. For both pediatric patients and adult patients, the researchers found that the latter was around an average of 1.4 times the rate of non-fire weeks. A key observation they noted was that 89% of adults who complained of an itch were not previously diagnosed with AD, compared to ~55% of patients with itch in 2015 and 2016. The data followed a Poisson Regression, which is a type of statistical data used to predict the dependent variable given independent variables. It shows which independent variables have a statistically significant effect on the dependent variable. In this case, wildfire-associated air pollution was the independent variable, and weekly clinic visits for AD was the dependent variable. They concluded that there was a statistically significant increase in weekly visits to the clinic after exposure to wildfire-associated air pollution for atopic dermatitis and itch as well from both pediatric and adult patients.

The complex field of dermatology is constantly undergoing new research to adapt to these unprecedented climate changes. Following the rising temperatures, wildfire season is slowly becoming a natural part of Californian lifestyle as seen by the apocalyptic red skies from September of 2020. A combination of wildfire smoke and fog resulted in red-orange skies that covered the Bay Area for several days, documented by many people as they were faced with a harsh reality of how intense this deadly mix could get. During wildfire season, it is recommended that individuals protect their skin by staying indoors and wearing clothing that covers the skin. Currently, researchers are developing new medications that can help alleviate harmful symptoms. For now, all that can be done is to make sure we reduce the risk of a wildfire spread by human mistakes and try to have preventative measures to protect the forests and dry shrubs that are characteristic of an California ecosystem.