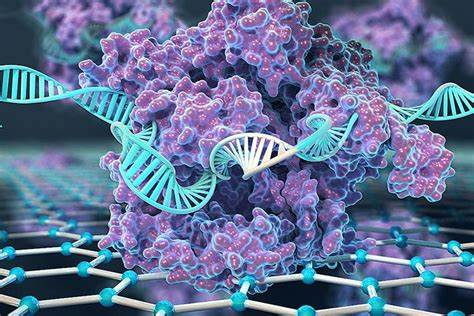 Every forty seconds, one person in the United States has a stroke. Every 4 minutes, one person in the United States dies from a stroke (Center of Disease Control and Prevention). While professionals know that a healthier lifestyle may reduce the risks of strokes and brain hemorrhages, there is still much to discover concerning the causes of strokes, especially in the brain. Previous neurology research has revealed that strokes are often the result of a lack of blood flow to the brain. This reduced blood flow is caused by either a blockage in an artery (ischemic stroke) or when an artery bursts (hemorrhagic stroke). Dementia is often a result of a series of strokes as blood vessels become damaged overtime. Researchers are actively working to find the causes and a cure or treatment for these cerebrovascular diseases. In a recent study conducted in the Department of Neurology at the University of California, San Francisco, newly discovered immune cells could provide the answer. Doctors Adib Abla, Daniel Lim, and Tomasz Nowakowski wanted to get a better understanding of how cell function varies between normal, healthy brains and in the brains of various stages of disease with the use of RNA sequencing. While examining cells in arteriovenous malformations (AVMs), tangles of poorly formed arteries in the brain, populations of immune cells that weakened smooth muscle cells in diseased arteries, resulting in strokes, were discovered. With this new discovery, researchers have a brand new approach to creating new treatments and finding a cure.

The first step in this research project is to better understand the causes of cerebrovascular diseases. Previous research has indicated strokes occur when the brain experiences a sudden lack of oxygen. This is commonly associated with a lack of blood flow to the brain as blood carries oxygen throughout the body. The main function of arteries is to transport oxygenated blood from the heart to the brain, and then veins transport this oxygen-depleted blood back from the brain to the lungs and heart. Reduced blood flow can occur when there is a blockage in an artery leading to an ischemic stroke, or when an artery bursts, causing the brain to bleed, or hemorrhage, and then stroke. Arteriovenous malformations, or AVMs for short, have been considered a major cause of brain hemorrhages and strokes. AVMs form when the blood vessels connecting arteries and veins to the brain form abnormally and tangle. With the presence of AVMs, critical functions are hindered, causing symptoms that range from headaches to seizures. If the tangled blood vessels rupture, the brain will hemorrhage. While the cause of the AVMs themselves is still in the process of being fully understood, past research has shown that most people with AVMs are born with them and only very few people develop AVMs later in their lives. AVMs are not passed genetically, and even though they can form anywhere in the body, most form in either the brain or the spine (Mayo Clinic). Researchers at UCSF are examining cells in the AVMs of brains that have varying degrees of disease to get a better understanding of how cell function differs when an individual is healthy versus sick.

In their study, doctors Abla, Lim, Nowakowski, and their colleagues began to examine the cells in the AVMs of brains that have varying degrees of disease to get a better understanding of how cell function differs when an individual is healthy versus when an individual is sick. In their particular study, the researchers compared the AVM cells from five different volunteers that were undergoing brain surgery for epilepsy to different samples of a normal, healthy brain. Some of these samples were obtained during surgeries while the patient’s brain was still intact and other samples were obtained only after the brian had started to bleed. The researchers took a total of forty-four samples of tissue from the AVMs and collected three different types of tissues: normal, intact AVM tissues, and AVM tissues from brains that bled (Marks). The normal brain tissue came from the cerebral cortexes of volunteers. All samples were taken from parts of the cortex that were two centimeters or further from any abnormalities in the brain to ensure normality (Winkler, et al).

The next step in the researchers study is to isolate the brain tissues in order to get a closer look at the individual cells. In order to isolate the cellular material, the researchers used gradient centrifugation followed by cell-strainer filtration and obtained multiple vascular preparations. These vascular preparations were then further purified by filtering through a sterile 40-μm cell strainer to isolate undigested debris from the cells in the flowthrough. By centrifuging once more, the cells form a pellet separate from the supernatant and then the cells were counted using a hemocytometer (Winkler, et al). From this point forward, the cells are ready to be closely examined.

To fully understand the nature of AVMs, the researchers decided to use a process called single-cell mRNA sequencing, or scmRNA-seq for short. According to Dr. Hwang, scmRNA-seq “can reveal complex and rare cell populations, uncover regulatory relationships between genes, and track the trajectories of distinct cell lineages in development.” This technique examines the sequences of genetic information from individual cells to highlight cellular differences and garner a better understanding of the function of an individual cell in the context of its microenvironment. The researchers loaded the cells from the hemocytometer onto chromium chips with a capture target of 15,000 cells per sample and performed two reactions per individual.

Additionally, the researchers used Fluorescence Activated Cell-Sorting, or FACS, to further investigate the samples’ cellular properties. This technique allows the researchers to determine the differences in both gene expression and the specific location of gene expression between the different samples. To perform the FACS, the researchers repeated a similar isolation process with centrifugation and filtration to isolate circulating GPNMB+ and GPNMB− monocytes. Once these cells were isolated, they were cultured and examined closely using a computer model (Winkler, et al).

The results of these procedures revealed that there are many cell types in AVMs. However, the most important discovery was the population of new immune cells. These immune cells weakened smooth muscle cells in the diseased arteries which resulted in strokes. Research in the past has suggested that the immune system is activated by malformations in AVMs, so this discovery has helped further the understanding behind AVMs and revealed that neurovascular diseases such as hemorrhagic strokes and dementia have autoimmune backgrounds (Marks).

The results of this study provide a whole new perspective on how to think about treating these vascular diseases. The biggest takeaway is that if the immune cells are circling through blood in the body, it may be possible to reduce a stroke by modifying the immune system. This is very significant because it opens up a whole new path towards finding treatments for those suffering from not only strokes, but many other neurovascular diseases such as dementia and Alzheimer’s. These findings can also help better understand memory and cognition loss in the brain.

Diya Shinglot is a second year undergraduate student at the University of California, Berkeley pursuing a double major in Molecular and Cell Biology and Psychology. With an emphasis in neurobiology, Diya aims to obtain a PhD to pursue a career in clinical neuroscience research. Through her research, she hopes to contribute to finding a cure to various neurological diseases such as Alzheimer’s, Amyotrophic Lateral Sclerosis, and Parkinson’s disease.