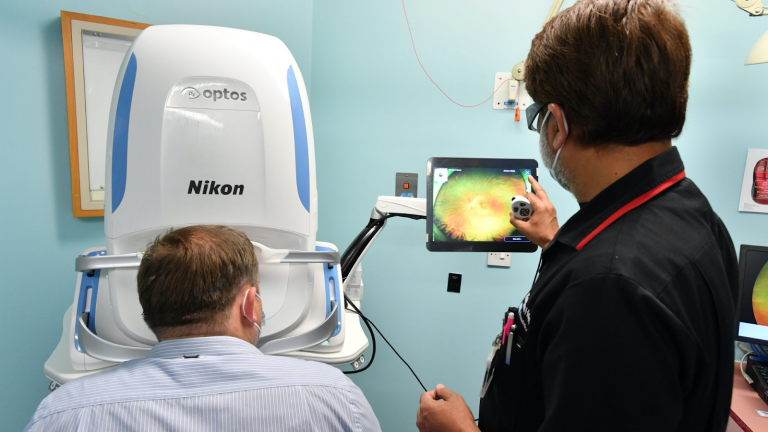 What can the eyes tell us about a person? According to a study conducted by researchers at the Department of Neurology at UCSF, they can be used to tell that a person possibly has Alzheimer’s Dementia (AD). Researchers studying the Apolipoprotein E or (APOE4) ε4 gene, a risk factor for Alzheimer’s, were able to find observable changes in the eyes of patients with this gene that could possibly be very early stages of Alzheimer’s dementia.

Alzheimer’s is a horrible disease; those afflicted with it gradually lose their memory due to the degeneration and death of cells in the brain. Along with their memory, those with AD can eventually lose the ability to perform tasks we take for granted, such as talking or walking. Combined with these symptoms, the most terrifying aspect of AD is that much of the damage it causes is irreversible. This makes it important to detect AD as early as possible: if someone is already showing visible symptoms of AD, such as loss of memory and mental function, they likely have already suffered irreparable nerve damage. Earlier detection allows doctors the time to be able to delay the great loss of cognitive function that is an inevitable symptom of AD.

Usually, AD is diagnosed with tests that measure cognitive ability. By observing symptoms, such as memory loss or loss of mental functions, doctors evaluate memory and conduct psychiatric tests. However, a possible way to screen for the risk of AD before symptoms are even noticed is through genetic testing or by monitoring genes associated with AD. Genetic monitoring can be of particular importance to help give clarity or comfort to relatives of people with AD.

A known strong genetic risk factor for AD is the gene Apolipoprotein E or (APOE4) ε4. The association of APOE4 and Alzheimer’s is marked by vascular changes, or changes in vessels, which have mainly been observed using mice. Through studying mice models, before this study, scientists had observed how APOE4 affects brain capillaries; the gene has been theorized to contribute to the symptoms of Alzheimer’s Dementia in humans through its effect on the health of vessels, notably blood vessels, in the brain. However, scientists are not able to directly observe brain vessels in humans the same way they can with mice. Using an imaging technique called OCTA to view the human retina, in this new study, researchers were able to directly observe the nerves and glial cells in the human retina, which are an extension of the brain’s Central Nervous System. Researchers already knew that when viewing vessels of the retina of patients diagnosed with Alzheimer’s Dementia, biological differences like those observed in mice were visible. The question was whether these differences, or markers, could be observed before there were any signs of cognitive decline in people with the APOE4 gene.

OCTA or Optical Coherence Tomography Angiography was used to determine the density of vessels and small vessels, called capillaries, in the retina. This technique uses reflected light, comparing multiple scans to determine movement and thus detect blood flow. In this way, it can determine the location and density of blood vessels. From data collected from OCTA, researchers derived measures of Vessel Skeleton Density(VSD) and Vessel Area Density(VAD). In the study, researchers also used MRI scans to obtain Cerebral Blood Flow(CBF), which is a measure of blood flow to the brain.

Researchers also found that the density of retina vessels was associated with Cerebral Blood Flow, connecting the decrease in vessel density to a decrease in blood flow in the brain. APOE4 is already clearly related to risk for Alzheimer’s Dementia, but the paths by which it contributes to AD  are less well understood. UCSF researchers studied APOE4 carriers before they showed any visible symptoms of Alzheimer’s, thus shining a light on how APOE4 could likely contribute to AD, through the degeneration of cerebral blood vessels. The research also showed how accurately retinal imaging could assess the health of blood flow and vessels in the brain, exploring a method with which to observe or track the investigated pathway to AD. 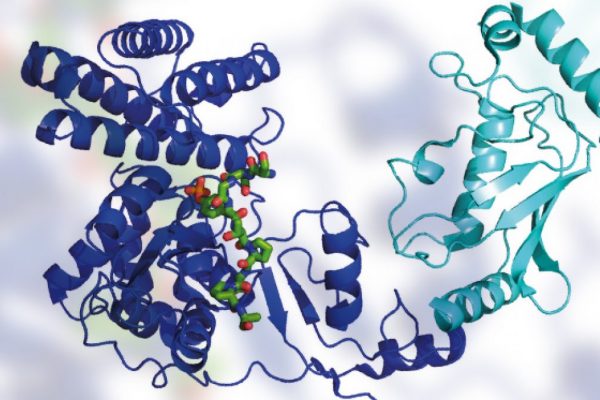