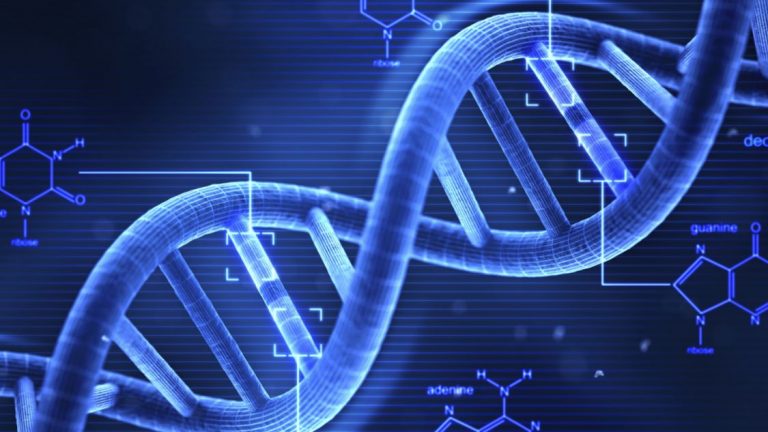 135. That’s the number of children in this world who are missing just one particular enzyme. For many of us, this enzyme is merely another protein that fits somewhere in a biochemical pathway that helps us without our knowledge- and it ends there. For these 135 individuals, however, this enzyme, and more specifically, the lack of it, is responsible for a multitude of symptoms that remain untreated with standard practices. This is the story shared by those who suffer from a deficiency in the Aromatic L-amino acid decarboxylase (AADC) enzyme, a genetic disorder causing essential molecules like dopamine and serotonin to not be synthesized. Interestingly, this rare disorder shares a key characteristic with Parkinson’s disease, which, according to the Parkinson’s Foundation, affects more than 10 million people worldwide. This is because people suffering from this neurodegenerative disorder progressively lose the AADC enzyme as the disease advances. However, gene therapy treatments involving the insertion of a virus are among the possible solutions for Parkinson’s disease. As a result, researchers at UCSF transferred the mechanisms of this novel Parkinson’s disease treatment to help children with AADC deficiency, yielding dramatic reductions in symptoms and offering a glimmer of hope for families across the world.

AADC, or aromatic L-amino acid decarboxylase, is an enzyme that facilitates the production of neurotransmitters, molecules that enable neurons to communicate with each other. In particular, AADC is mainly responsible for producing dopamine, which is largely involved in motor functions and motivation, and serotonin, which is involved in sleep and mood. A mutation in the DDC gene is responsible for producing a non-functional version of the AADC enzyme, which, as a result, prevents the production of the neurotransmitters noted above. This deficiency in the AADC enzyme is also an autosomal recessive disorder, where an individual inherits an abnormal copy of the DDC gene from each parent. Symptoms of this disorder vary greatly between patients, but one hallmark symptom includes oculogyric crises (OGC), which is characterized by deviations of the eyes and involuntary muscle movements (also known as dystonia). Other motor symptoms include hypokinesia and hypotonia, which are decreased motor movements and decreased muscle tones respectively. A plethora of non-motor symptoms affects these children as well, including excessive sweating, irritability, and gastrointestinal problems. Current treatments for AADC deficiency operate by trying to maintain dopamine levels in the body by either increasing its concentration or limiting its degradation in the body. Another possible treatment involves exogenous levodopa, which is a synthetic precursor to dopamine allowing the neurotransmitter to be normally produced. However, since patients lack the AADC enzyme that will help convert levodopa to dopamine, the excess levodopa will not be effective.

UCSF researchers, however, have pioneered a possible treatment that originated from strategies to treat Parkinson’s disease The treatment involves inserting an adeno-associated virus type 2 (AAV2), a non-pathogenic type of virus that researchers use for gene therapy. The virus functions by entering target cells and depositing genetic material that codes for proteins of interest. In this circumstance, this virus is modified to include a neurotrophic factor, which is anything that helps a neuron grow and survive more efficiently. The neurotrophic factor, in this case, is the DDC gene, meaning that once the virus is inserted in neural tissue and deposits the DDC gene in target cells, the AADC enzyme can be properly manufactured. This helps increase its concentration and enables its natural function in the body

Unlike the Parkinson’s treatment, which targets a brain region called the putamen, researchers inserted AAV2 with the DDC gene (hAADC) into the substantia nigra pars compacta (SNc) and the ventral tegmental area (VTA) of the brain. They justify this change in locations, as neurons in these areas are still intact for patients suffering from AADC deficiency. This means that the neurons can more efficiently generate AADC once the gene is added and can utilize transport mechanisms across neurons to safely deliver AAV2 to other regions of the brain.

The efficacy of this treatment was validated by examining many different factors of patient health. They first confirmed that the AAV2 infusion was placed in the appropriate locations by using a substance called gadoteridol. Gadoteridol, a contrast agent frequently used in MRIs, was utilized by researchers to associate the distribution of gadoteridol to the distribution of the AAV2 vector, a correlation uncovered in a previous study. The subsequent coverage of the vector was also measured, and the researchers showed that the volume of distribution was approximately 3 times the volume of infusion at both the SN and VTA.

The researchers then confirmed that the activity of the AADC enzyme increased subsequent to the vector delivery. They used FDOPA PET imaging for this process, which is a method used to accurately assess dopamine synthesis by seeing how FDOPA, a radioactive version of levodopa, is uptaken by the brain. Compared to baseline scans of patients prior to surgery that revealed little FDOPA uptake, there was an increased FDOPA uptake in the midbrain and other neurological areas. This confirmed the researchers’ claim that inserting the vector in the SN and VTA area increased AADC activity and can allow for further transport of the AAV2 vector by piggybacking off of existing neuronal pathways.

Next, the researchers evaluated metabolites in cerebrospinal fluid (CSF), a layer of fluid that helps cushion the brain and spinal cord. Metabolites in CSF help identify the level of neurotransmitter synthesis, which is usually decreased in patients with AADC deficiency. One such metabolite called homovanillic acid (HVA) significantly increased three months after surgery, which is directly correlated with increased AADC activity. Unlike HVA, the concentration of another metabolite called CSF 5-hydroxyindolacetic acid (5-HIAA) did not significantly change. This lack of change, however, was expected since the pathways associated with this metabolite were not targeted in this treatment. Lastly, the metabolite 3-O methyldopa (3-OMD), continued to be elevated in all subjects even after surgery. The researchers attribute this to remnant effects of AADC deficiency, suggesting that other improvements seen in patients do not need a full restoration in AADC ability; more clearly, it’s the source of the treatment that matters rather than how much function can be restored.

Apart from biochemical and imaging evaluations, researchers also focused on tracking physical symptoms and how they changed subsequent to surgery. For instance, researchers observed a decrease in the severity of OGC episodes and ultimately a complete stop for 6 of the 7 patients within three months. In addition, motor functions categorized by the Gross Motor Function Measure (GMFM-88) revealed drastic increases in total scores compared to baseline tests. Specifically, motor functions like head control, independent sitting, and walking were accomplished by many of the patients within 12 months of the treatment. Even non-motor symptoms dramatically improved for these patients, as sleep quality increased, feeding difficulties decreased, and body weight increased for many of these patients.

Ultimately, this novel surgically-implanted AAV2 treatment demonstrated promising results for children who suffer from AADC deficiency. This research not only helped validate a treatment to help many patients around the world but also helped confirm the feasibility and reliability of gene therapy and MRI-based surgical techniques to treat a plethora of other neurological disorders. With this treatment, researchers at UCSF become increasingly closer to successfully providing hope for the 135 individuals across the world that can benefit from this novel research.