A study conducted by the CDC, surveying high school students between the years 2011 and 2015, reported a 6.5 percent decrease in cigarette smoking. According to TobaccoFreeKids.org, this decrease reflects an overall trend in cigarette smoking amongst teens since the late 1990s. In contrast, in 2015 16 percent of high school students confirmed that they had smoked an electronic cigarette in the past thirty days, a 1.5 percent increase in use since 2011. This trend reflects not only the lack of regulation for electronic cigarettes, but also the widely held misconception that electronic cigarettes, or “ e-cigs,” are without consequence or harm to health.

While much research has demonstrated the addictive effects of nicotine, there has been little research on the long term effects of inhaling “e-liquid,” the solvent composed of propylene glycol (PG) and glycerol (GL), on respiratory health. A study conducted between UCSF, UC Berkeley, and the California Department of Public Health has found that the components of this solvent, when heated at high temperatures modeling those of e-cigarette vaping, result in the production of small carbonyl compounds, such as acetaldehyde and formaldehyde. Although e-cigarette users are not inhaling smoke, the “vapor” that they are inhaling contains neurotoxic substances that could have a negative effect on their health, and potentially the health of those around them.

Due to a lack of research, the effects of small carbonyl compounds on health are unclear in the context of smoking or vaping. However, there is a common example demonstrating the weakening effects of aldehydes. A hangover after consuming alcoholic beverages is a process in which the body is unable to break down acetaldehyde, a compound resulting from partial metabolism of alcohol. Acetaldehyde, like formaldehyde, is a part of the aldehyde family of carbonyl-containing organic compounds. Some of these compounds are considered to be more neurotoxic than alcohol and are known cancer-causing agents. By developing a study to quantify the production of these types of compounds while vaping, more research can be guided towards understanding the health risks posed by electronic cigarettes and inhalation of e-liquid.

Researchers sought to expose the danger behind the “e-liquid,” the solvent used in vaping, composed of propylene glycol and glycerol, independent of nicotine and flavoring additives. They began by isolating five e-liquid formulas and testing them at six different temperatures. Two of the formulas they selected and tested were purchased at a “vaping bar” in California. These e-liquids came in the flavors “tobacco” and “MIN TEE.” Their main ingredients were labeled as propylene glycol and glycerol, without note of the proportions of these solvents or whether they actually contained nicotine. Lastly, researchers tested propylene glycol and glycerol independently and a 1:1 mixture of propylene glycol and glycerol, in order to gauge how the chemicals themselves reacted when heated and to control for any reactions between the PG and GL. Researchers began by placing the e-liquid on glass wool and then the glass wool into a stainless steel tubular reactor. The reactor temperature was regulated by a temperature controller and the temperature of the glass wool was measured by a thermocouple. In order to mimic the duration of the average puff from an e-cigarette, compressed air constantly flowed over the tube reactor. The air was then collected by commercial 2, 4 dinitrophenylhydrazine cartridges, that were designed for air-sampling and detecting carbonyl compounds. Moreover, the researchers controlled for levels of carbonyls that were released from the steel wool by placing a piece of steel wool without the e-liquid into the reactor and measuring these “background carbonyls.” This number was subtracted from all results.

Analysis of the carbonyl compounds collected by the cartridges started with high-performance liquid chromatography (HPLC), which separates compounds by passing a liquid solvent through a column filled with a solid absorbent material. Once isolated, the compounds were identified and quantified in accordance with commercial instructions. With high levels of certainty, researchers found that through the range of temperatures the experiment was controlled for, GL produced almost ten times as much of formaldehyde and significantly greater amounts of acetaldehyde than did PG. In addition to producing formaldehyde and acetaldehyde, glycerol was also found to produce acrolein, a toxin known to be irritating to the upper respiratory tract. Moreover, glycerol began forming aldehyde products at much lower temperatures from the GL than the PG. Overall, as the temperature of the reactor increased, rates of aldehyde product formation sharply increased.

Although researchers concede that the stainless steel tubular reactor may not exactly mimic the heating and vaporization of a real e-cigarette, this experiment demonstrates a controlled method to measure carbonyl emissions from e-liquids. The social implications of this study are broad. Having the tools to precisely measure the small carbonyl compounds that are emitted from these e-liquids enables medical researchers to more accurately define the consequences of e-cigarette use on health. Because each individual puff or inhalation from an e-cigarette yields a very small amount of e-liquid and thus a very small amount of acetaldehyde and formaldehyde, more research must be directed at the long term effects of e-cigarette use. More specifically, future studies can focus on how inhalation of these products is processed by the body, as opposed to consumption. Likewise, with this increase in medical information, legislature can make more informed decisions when regulating these products, and hopefully lower the use of e-cigarettes among teenagers. Lastly, the researchers question the effects of second and third-hand smoking. They note, “As use of e-cigarettes increases rapidly, more studies on e-cigarettes are urgently needed to ensure that consumers’ (and bystanders’) health is safeguarded.” With this model for measuring the carbonyl products from e-cigarettes, researchers are not only able to quantify the direct health effects on e-cigarette users but also have greater direction in studying indirect effects of e-cigarette usage. 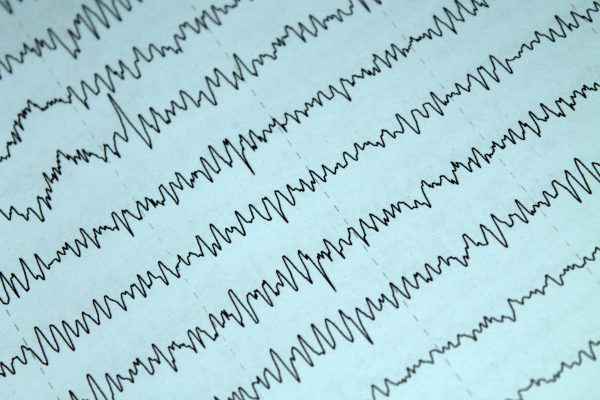