Trayvon Martin, Eric Garner, and Michael Brown are all recognizable names at the frontlines of the current debates regarding race relations and racism in America, representing a new wave of a push for civil rights. At such a pivotal time in our country’s history, issues regarding race are consistently on the front lines of any news outlet. A recent study conducted by a group of researchers at UC Berkeley demonstrated that racial tensions elevate risks of heart disease and a myriad of other cardiovascular health issues, including death, for both black and white inhabitants of explicitly bigoted communities in the United States. This study shows that racism not only negatively affects overall everyday life for all parties involved, but can contribute to serious, life-threatening medical conditions as well.

The researchers, three of whom work at the University of California, Berkeley, and the fourth working at Ryerson University, conducted two nationwide studies to examine if racial bias predicted cardiovascular health disparities between white and black residents of different counties throughout the U.S, and also if that same racial bias reflected a trend in cardiovascular disease-related deaths between these two racial groups. The results from the first study showed that black residents of counties where their white counterparts reported greater racial bias expressed decreased access to health care. Black residents in counties that demonstrated more explicit racism expressed lower access to adequate health care. This correlation may indicate the presence of various disparities in both the social realm, with the racism that is perpetrated, as well as the public service realm, reflecting on potential disconnects in the healthcare sector. The second study revealed that in counties where white residents demonstrated greater racial bias, both black and white residents showed increased cardiovascular disease-related deaths, with a slightly higher rate for black residents compared to white.

Both of these studies establish links between racial bias from a dominant group with negative health effects in the targeted group receiving the racial bias–the first study of its kind coming to these results. It is known that black people suffer from cardiovascular disease fatalities at a higher rate than their white counterparts; the most prominent studies suppose that this is due to the elevated stress levels that are associated with racism black people often endure, which can, in turn, lead to a devolvement of health issues, as stress has been proven to negatively affect body function. This study took this information and wanted to analyze and determine if the disparities between blacks and whites and their cardiovascular health are greater in communities where white residents expressed more racial bias and can be attributed to this racism. This study addressed issues that had yet to be specifically researched before, including whether a dominant group’s explicit negative attitude is reflected in the target group’s health, whether the health disparities between blacks and whites are due to either explicit or implicit bias, and whether researching these disparities around smaller, more compact communities would be a more accurate scope.

The first study relied on data from Project Implicit, a “virtual laboratory” that serves as a collaborative effort between researchers in order to shine a light on hidden biases relevant in society today, as well as allow these researchers the ease of collecting a plethora of valuable data all with the convenience of the Internet. Using an online quiz, Project Implicit measures racial bias and allows data points to be set up on a map using IP addresses. The quiz starts with a keyboard association test, showing color-neutral pictures of both black and white people. The quiztaker must then categorize the pictures using two keys on the keyboard into either a “White” or “Black” category. After the associations with faces, the quiz changes to become a word association game; the quiz-taker must then categorize words into “good” and “bad” categories, using the same keys as the picture quiz. After this quiz, the program asks the quiz-taker questions about their feelings towards both black and white people, as well as general qualifiers such as gender, age, ethnicity, etc. This study took data sets from quizzes taken between 2003 and 2013, resulting in the use of almost 1.4 million responses from 1,836 counties throughout the country. In addition to Project Implicit, the researchers used a CDC survey to gather data about circulatory-disease incidence in the counties in question.

Taking this data, alongside the Project Implicit data, and controlling for age, sex, and other factors that could skew the results, the findings were clear. As seen in the first graph below (Figure A), white explicit racial bias does have a role in black people’s health. In counties where black residents expressed the lowest access to health care, white explicit racial bias was higher. The second graph (Figure B), however, demonstrated null results. This graph represented the part of the study investigating if circulatory disease diagnoses and incidence was higher in counties where white residents expressed higher explicit racial bias. The findings were not significant, as there was not enough supporting evidence to state that increased explicit racism increased circulatory disease incidence. This may, however, be a result of the possibility of black residents not seeking medical attention when needed due to the lowered access to health care observed in the first part of this study. These findings are what prompted the second study conducted in this paper.

In the second study, researchers further examined the disparities, if there were any, in circulatory disease fatalities and white explicit racial bias. The racial bias was again measured using Project Implicit data, and the death rate data was obtained from a 2014 CDC data collection. The researchers used age-adjusted death rates, thereby controlling for death rate variance by age and allowing for a more accurate comparison of data points. Additionally, the study also looked at racial bias and its effect on diseases other than cardiovascular disease, specifically cancer, to determine if racism negatively affected human health as a whole, or just simply one particular disease or body function. These findings are seen in the third graph above (Figure c). The more bigoted counties in question experienced higher rates of circulatory disease death for both black and white residents, but moreso for black residents. Counties with higher explicit racial bias–those that were one standard deviation above the mean–had almost double the difference in death rates between black and white residents. Moreover, when comparing racism’s effect on cardiovascular health as compared to cancer incidence, there were no findings that correlated cancer deaths with racism. In other words, researchers found the relationship between explicit racial bias and death was specific to circulatory diseases only. This groundbreaking discovery showed that not only did racism negatively affect black people’s access to healthcare, but it also contributed to an increased incidence of cardiovascular disease-related deaths.

When interviewed, the paper’s lead author, Dr. Jordan Leitner, explained that the single most important takeaway from this study was that “this data suggests that living in a racially hostile community is related to negative health outcomes for both the targeted group and the harboring group.” While these findings are significant, it is important to keep in mind that this study cannot state that explicit racism can cause circulatory disease. Such a blanket statement is much too difficult to finitely prove. What this study may indicate, however, is that more bigoted white residents in a certain county may contribute to circulatory and cardiovascular health problems for the black residents in the same county by elevating stress and hostility, while also exposing the systemic discrimination present in our healthcare system, as well as contributing to increased negative cardiovascular health effects for themselves, as well. Another factor to consider is that the Project Implicit data used in the study–while not inaccurate–could be slightly skewed due to the fact that all the information gathered is self-reported. For starters, the data sets collected from every county are not necessarily reflective of the entire county as a whole, as this quiz is a completely voluntary one. In addition, data could have possibly been subjected to human error and, more specifically, human ego. Some people who do not consider themselves to be racist could report themselves as being less racist than they actually are. As with many epidemiological studies, human error must always be considered and accounted for. These caveats, however, are only a small piece to this larger puzzle. Considering that over one million responses were used representing over half of the counties in the United States, including the major metropolitan areas, this study was successful in creating a wide base for its foundation.

This study is not only groundbreaking in terms of finding links between racism and heart health, but it is also demonstrative of the increasing interconnectedness and integration between mental and physical health. To Leitner, “social sciences can provide really important insight into physical health outcome.” As research such as this continues and progresses, our understanding of how holistic health is, as both a concept and state of well-being, only continues to develop, as well. Leitner also said that “understanding how people feel in communities […] can give us more complete picture of physical and mental health.” While the future of such integrative medicine is not fully known, it is possible that continuing to intertwine social sciences with “hard” sciences can contribute to a more complete understanding of human health and perhaps even humanity as a whole. Research such as this can even contribute to an evolution in society, and not just medicine or health research, as issues such as racism are prevalent in medicine, as well as everyday life. With greater understanding comes an increased possibility to combat certain diseases and conditions, and possibly even prevent it altogether.

All in all, the results of this study are not only significant, but very relevant to the current state of affairs both in our nation and in the world. Not only are the findings presented by this study relevant to health and healthcare, but also the greater good of our country and even our entire society in general. In the words of Jordan Leitner, it is important to note that these findings are the first step in a larger program of research to fully understand how racism affects humans. It is agreed upon that racism is a problem, and this study proves that not only is it a poor reflection on the person expressing it, but it could actually contribute to legitimate medical issues both for the racist and the oppressed groups. 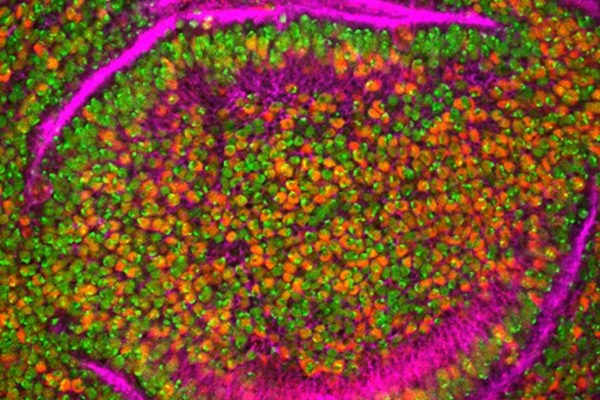 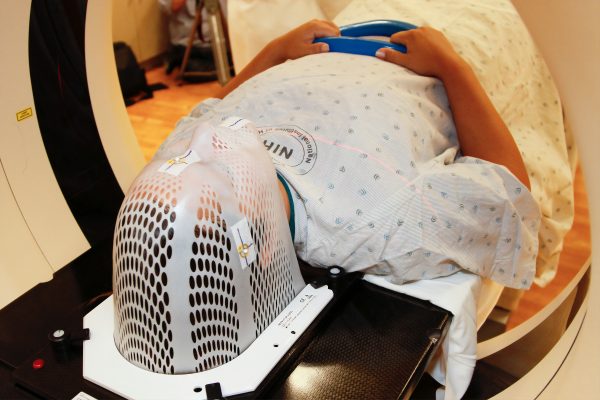